Due to a number of players namely Chloe Watson and Sandra Bailie being involved in numerous disciplines, only one game could be played in each session which led to a long weekend for Chloe and Sandra but as it turned out a very successful one.

First final of the Championships was the U25 Singles which was played in a very sporting manner between Allana McKee and Chloe Watson. Chloe won 21 – 10.

The triples final was next and was contested by Sandra Bailie, Marie McCord and Chloe Watson against Alice Elliott, Patricia Calvin and Maureen Robinson BCIBC. Sandra Bailie’s triple won 27 – 9.

Sunday morning saw the final of the pairs between Sandra Bailie and Chloe Watson BIBC against Barbara Cameron and Muriel Wilkinson from the host club CAIBC. Again this was a very close and keenly fought game with Sandra and Chloe coming out on top 22 – 19.

The Singles game was between Chloe Watson BIBC and Noelle Graham BCIBC. The game was close, shot for shot up until the scores reached 7 – 7,
then Chloe appeared to go ‘up a gear’ and won successive ends to win 21 – 7.

Chloe won all five titles over the weekend which is the first time anyone in the IWIBA has achieved this.

President Wilma Adair also presented Irene Minnis from BIBC with the Inter-Club Shield which they had successfully won. 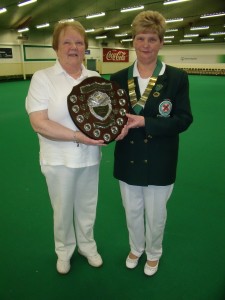 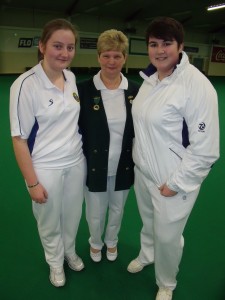 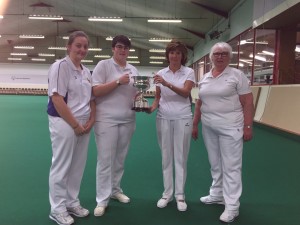 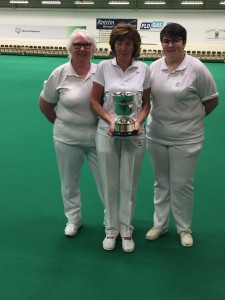 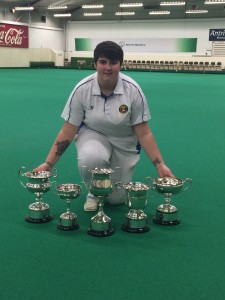 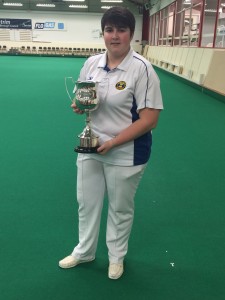 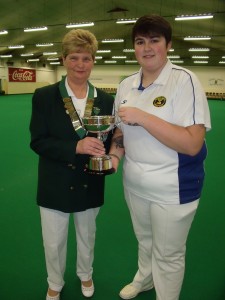 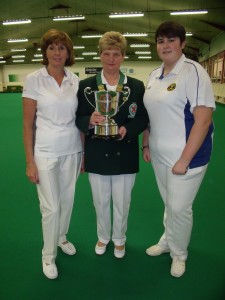